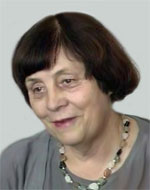 Doctor of physical and mathematical sciences, chief researcher of Institute of system programming of the Russian Academy of Sciences and professor of MIPT (from 01.08.2014). Before I worked as the manager of scientific department “Programming automation” (1967-1980) IK AN of USSR and “Software Engineering” (1980-2013) Institutes of program systems of NAN of Ukraine. Professor of chair of the theory and technology of a programming of the Kiev National University (KNU) of Taras Shevchenko (1974-2014) and departments of theoretical cybernetics and methods of optimally management of MIPT branch (2000-2014) at Institute of cybernetics of V.M. Glushkov NAN of Ukraine, the teacher of the courses “Technology of Programming – TP” and “Software Engineering – SE”.

Lavrishcheva E.M. - the honored worker of science and technicians of Ukraine (2008), is known in the CIS countries and abroad for the following performed works in the field of TP and SE.

1. The programming system from the Autocode and Algol-60 language for UVK “Dnieper-2” (1967-1979), introduced in GDR at creation of industrial control system by iron and steel works (Berlin-Leipzig) which worked till 1992. I defended the master's dissertation “A method of broadcast of languages on the basis of grammars of the distinguishing type” (1972) and I published the main article “A method of analyzing programs based on a machine language” under the leadership of E.L. Yushchenko (E.M.Lavrishcheva and E.L.Yushchenko), 1972, Springer, Volume 8, Number 2, Pages 219–223. The head of three doctoral dissertations – Morentsov E.I., Mitropan A.N. and Suslov V. Yu.

2. System of APROP of modular production of big programs (1975-1991), which basic ideas are published in the monograph “Communication the different language of Modules in EU OS” (Finance and statistics, Moscow, 1982). In it the concept of the interface of modules, the passport of modules of languages (Algol, COBOL, PL/1, FORTRAN, and Assembler), a method of assembly and library from 64 interface functions of transformation of types of these united modules is for the first time defined. System development was financed by the Ministry of the Radio industry of the USSR (Lipase V.V.) with (1980 - 1987). She is given to ERNUVTs and introduced in 52 organizations, and also in the organizations of USSR Military Industrial Complex. I was entitled the winner of an award of the cabinet of the USSR (1985) and the State award on science and technicians of Ukraine (1991, 2003).

4. Development of Software Engineering. Bases of the industry of software products were one of the main subjects of development of technology of programming. Participation of the author and department in development of the large project of AIS “Jupiter” of automation of Navy of the USSR (1981-1991) allowed to formulate a metatechnology of creation of the technological lines (TL) of production of separate types of program production (“A basis of technological preparation of development of the SOD applied programs”, 1987). The idea of creation of TL became the first alternative of the alternative Product Line lines of the USA (2002). Under the influence of the project AIS “Jupiter” domestic methods of engineering of program production which are published in the author's pre-print “A perspective of program engineering” (1991) and in the monograph “Methods of Engineering of Computer Systems” (a co-authorship Andon F.I.) were created in 1997. In the collective monograph of staff of department “Fundamentals of program engineering of quality of program systems” (2002, 2007) the ISO/IEC standards on development and ensuring quality of program production, including the SWEBOK standard (Software Engineering, 2001) and PMBOK (Project Management Body of Knowledge) are reflected, 2003. The author offered new classification of disciplines of SWEBOK (E.M. Lavrishcheva. Software Engineering as a scientific and engineering discipline 2008, Springer, Volume 44, Number 3, Pages 324 – 332) in honor of the 40 anniversary of Software Engineering. Total long-term work of the author in range of definition of the theory, technologies and an automation equipment of program engineering Sofrware Engineering of computer systems are stated in the monograph “Paradigms, technologies, CASE means of programming”.-Nauk. dumka, 2014. – 284 p. In development of single questions of a perspective of Software Engineering. Staff of department who defended dissertations participated: Zadorozhny N.T (Bases of management of document flow in education IS, 2004), Koval G.I. (Models and methods of quality of PS, 2005)., Korotun T.M. (Methods and means of testing of SOD, 2005), Slabospitskaya O.A. (Methods of examination of systems and processes of Life Cycle, 2008).

6. Applied results. Within subject AIS “Jupiter” (1981-1991) six technological lines of the automated production of scientific and information programs (more than 500 programs) are developed, and also the Tester and Quality Assessment tools are created. The author – the head 5 candidate, given above, and 3 doctoral dissertations: Litvinov V.V. (1992), Moroz V.V., 1991, Platonov B.N. (1990). In the period of 2006-2012 with participation of students of KNU and MIPT the assembly conveyor of factory of the KNU and ITK programs – the website (http://sestudy.edu-ua.net ) is developed for electronic training of students in the course SE.

7. Work in ISP Russian Academy of Sciences (2014-2015) on a subject the theory and methods of development of variable systems. At a scientific seminar of institute 21.11.2014 the report on the subject “Modern Methods and Approaches to Creation of Variability Systems” is given. In 2015 scientific reports are given: 1) at the Sciences and Information, 2015 conference – Ontological Approach to the Formal Specification of the Standard Life Cycle (www.conference.thesai.org); 2) at the “System and Software Engineering – 2015” conference –the Theory and a method of component programming; 3) at the “Scientific Service among the Internet, 2015” conference – System support of the solution of business challenges in a global information network (on behalf coauthors of Karpov L.E. and Tomilin A.N.) report is done by Lavrischeva E. ; 4) at the TAAPSD'2015 conference – Technology of development of changeable program systems. On this subject the project is developed for the Russian Federal Property Fund on 2016-2018. – “Theory and methods of development of changeable program and operating systems”.