First time I saw scientific works of A.I. Kitov in 1959-1961, when I studied at Kharkov Academy of Artillery and Radio-Engineering, at the faculty “Means of Automatic Control”.

In 1961, after graduation, I received a position at the Special Computer Centre-4 (SCC-4) of the USSR Ministry of Defence. Later it was transformed and re-named into Special Scientific –Research Institute – 45 of the Ministry of Defence. My direct research subject was, “Development of Information Systems for Military Applications”. In spite of my good basic education I, as well as my colleagues, soon realised that we still need more special up-to-date knowledge and information. Leading organisation dealing with this subject at the ministry and in the whole country was the Computer Centre N-1 founded by Anatoliy Ivanovich Kitov. Later it also was transformed into research institute - CSRI-27 (Central Scientific–Research Institute 27). Deputy-director on scientific problems of our institute 45 was Nikolay P. Buslenko, who had earlier worked as a chief of department at Kitov’s computer centre (CSRI-27). He used his personal relations with Kitov and arranged for us access to his scientific materials and results of both theoretical work and practice of information systems development at the CSRI-27.

During that “experience exchange” I made acquaintance with many specialists of the institute – 27, from whom I learned a lot about A.I. Kitov – true professional and outstanding scientist. In particular he was famous as the founder of new scientific subject “Development and Implementation of the Information Retrieval Systems – IRT”.

The Institute – 27 also greatly impressed me. Kitov managed to collect there many high-qualified specialists, profound researchers, who were thoroughly and efficiently studying problems of automated control systems development. Those years, implementation of digital electronic computers in IRS development was limited with their low technical possibilities. Therefore, main efforts of computer specialists were focused on producing single data arrays – “object-characteristic tables”. Their researches resulted in reasoning the necessity to base information systems on rigorous mathematical foundations with involving most modern results of investigations in theory of cognition, linguistics and theory of programming. Computer linguistics was one of the important subjects introduced by A.I.Kitov. Gerlod Georgievich Belonogov, former Kitov’s student and postgraduate, many years headed those researches at the institute – 27. By the way, Prof. G.G. Belonogov is still engaged in theoretical and practical work on computer linguistics; he is one of the leading experts, his name is famous not only in Russia but also in many countries.

Unfortunately, their results are forgotten by many scientists and generally unknown to younger specialists, what often brings many research projects to inefficiency or even into some ‘cúl de sack’. At present, information science is almost exceptionally understood as mere programming, what one can easily see on having looked at the contents of course-books for schools and institutes. Such narrow-minded view of information science causes many weak points and problems in development of contemporary information systems.

As result, such information resources as the Internet business resources haven’t made big progress since the 1950-s. It’s really pity, that such high-qualified ‘fundamental specialist’ as A.I. Kitov (and many other like him), were thoughtlessly dismissed by bureaucrats from scientific positions, where they could control and lead this national branch of science, what eventually badly damaged development of our country in general.

In 1963 I’ve got a chance to read Kitov’s dissertation thesis for doctor degree. Especially impressive was its part, which contained ideas on distributed data processing with use of network. Of course, then, those were mainly theories since limited technical possibilities of available computers didn’t allow their efficient realisation. Kitov’s ideas of the data network processing – ‘associative programming’, described in his thesis were good decade ahead of his time.

In 1963 the Institute-45, where I was working, established its own scientific council. A.I. Kitov was also provided its membership. In the next 1964 I prepared dissertation thesis for ‘Candidate of Sciences’ degree. N.P. Buslenko, my chief, read it and recommended to show to Kitov, as the latter was the supreme authority in the field of IRS. That was my first personal meeting with Anatoliy Ivanovich. He thoroughly studied my thesis, approved it and agreed to be my scientific opponent. He was friendly and informal nevertheless I could feel his extremely high qualification level and ‘massive’ experience. However, he was also very tactful person and never suppressed anybody –no matter how young– with his authority. Our next meetings fully proved that. During our talks I felt as if we were equals, the friends who were quietly discussing some scientific problem and trying to reveal its essence.

Here I would specially mention such his feature as helpfulness especially to younger ones and his wish to awake their awareness of their personal high scientific potential. When I began scientific work it seemed to me that many young researchers couldn’t correctly evaluate obtained results, so they needed support of elder, more experienced friend. It would be especially efficient if he were such big scientist as A.I. Kitov. Such friendly support is a great help for their personal establishing as scientists. Many of his younger colleagues, students, etc. eventually became famous scientists, university professors, etc. Besides the scientific support A.I. Kitov also taught us ‘lessons of high morals’ with his own example.

In 1970, A.I. Kitov supported publishing of a monograph, ”Organisation of data storing and retrieval in logic and information systems“, that was prepared by me and his postgraduate Boris Georgievich Volkov. It finally appeared at the publishing house “Sovetskoe Radio” (Soviet Radio). The book, among others, presented results of an associative programming language development and implementation in solution of information and logic problems, which were obtained during researches scientifically guided by A.I Kitov himself.

In 1971, I submitted my dissertation thesis, written on results of my research works, which were implemented on practice during establishing of the Space Flights and Research Control Centre. Administration of the Institute-45 applied to A.I. Kitov for his appreciation of my work. Anatoliy Ivanovich gave positive conclusion on the thesis and agreed to be my scientific opponent. It was successfully defended and I received a degree. That was not so simple, as the members of the Scientific Council which inspected my dissertation work were very serious and experienced scientists. Among them there were not only A.I. Kitov and N.P. Buslenko but also such prominent experts as M.D. Kislik, A.A. Raspletin, G.V. Kisun’ko and others. After presentation (defending) the dissertation, at the meeting of the scientific council a friendly celebration party was held at one of the Moscow restaurants (‘Budapest’). Many of the council members and my colleagues came there, chiefly with their wives. The party was a big success, there was a lot of high-taste jokes and dancing, all were relax and happy. A.I. Kitov’s wife Galina Vladimirovna had a good voice and ear to music – she wonderfully performed several melodic Ukrainian songs.

Such is my personal experience, an example that clearly demonstrates the role, which A.I. Kitov played in the life of only one person; luckily he had not one but many such students as me.

I would not like to finish my story about Kitov on a ‘blue note’. Anatoliy Ivanovich was growing young replacement to his own generation that took part in the World War Two. Our moral duty consists – I am convinced – in following his principles and doing the same what he did, to form decent and modern young generation to be our replacement.

The book «Electronic computers» by Kitov and Krinitskiy (jacketed and unwrapped), published in 1962 by the «Pergamon Press» (New-York, London, Oxford, Paris) in the 13 volume series, “International Series of Monographs on Electronics and Instrumentation”. 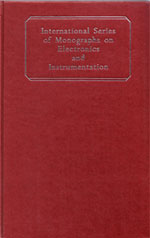 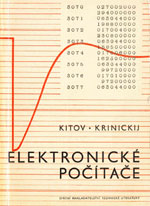 The 1961 Czechoslovakian edition of the book «Electronic computers by Kitov and Krinitskiy.

About the author: Seletkov Sergey Nikolaevich, Doctor of Technical Sciences, Professor of the chair „Network Economics and Global Information Resources“; at the Moscow State University of Economics, Statistics and Information Sciences.

Edited and translated by Alexander Nitusov
Published in museum, 14.01.2010