Project synopsis: Director and computer artist Anya Belkina-Tentler brings back to life her late grandfather – a genius of Soviet computing – with technology he helped pioneer six decades ago. System Preferences is a 40-minute animated documentary that tells the story of Bashir Rameyev, who is on a quest to achieve something extraordinary for his country in order to prove that he and his family are not "the enemies of the people". The result of his struggle is the invention of a computer used to launch Sputnik into space and, as a consequence, to spur the headlong development of American microelectronics. The second narrative woven into Rameyev's story is organized around a central argument that USSR's 1969 decision to curtail national computer research in favor of imitating American models had unfortunate consequences not only for Russian computer science, but for the global community of computer users today. 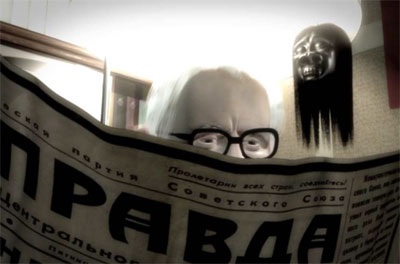 Narrative synopsis: In order to reach large audiences, the project is blending a moving character-driven story with an insightful essay-style narrative. The protagonist's story arc consists of three acts. Act One establishes Rameyev's main goal – to do something extraordinary for the USSR in order to prove he is not "an enemy of the people". Act Two defines his goal – to build an electronic computer. It also describes the obstacles on the way of achieving this goal and talks of the goal's final accomplishment. Act Three outlines the difficult circumstances of Rameyev's creative suicide.

The main components of the essay's structure include: establishing that the USSR's decision to clone IBM computers is related to the cyber-problems we're facing today; providing statistics to back up that argument; awakening the audiences to the harrowing possibility of a cyber-war; inspiring ethical, responsible and active behavior in cyber-space on the individual and policy levels.

Project's relevance: The need for developing a more impartial and nuanced understanding of computer history can hardly be overstated. As personal, corporate and state dependence on computer technology deepens, it becomes imperative to more accurately assess, and more safely manage, complex landscapes of networked digital information. Illuminating the neglected chapters of computing history and contextualizing digital evolution within political, economic and cultural histories not only informs our understanding of existing cyber problems, but also furthers the objective of recording history accurately.

For those interested in affecting state and global policies, Rameyev's story may be a sobering call to action. Just as the Soviet system was exhausted by retarding its information technology, so can American system be greatly jeopardized by the frailties of its critical IT infrastructures. Rameyev's unrealized dream of developing a new operating system from the ground up, a system that is more robust and secure than what is commonly accepted, is still a relevant dream. While Unix and Unix-like alternatives to Microsoft Windows exist, more remains to be done to transform individual net nodes and the global network systems into more governable realms.

For the "Net Generation" of youth entering the distressing economic landscape and facing fierce global competition for creative jobs, Rameyev's story may provide inspiration. As a young person, Rameyev faced formidable obstacles: he was denied a past, because he was forced to be silent about his family and personal history; he was denied a present, because he was barred from finishing education, obtaining meaningful employment and having a place to live; he was denied a future, because career advancement and family life were seemingly impossible under such conditions. Yet, with all odds stacked against him, he was able to realize his creative potential, make significant contributions to science and stand by his convictions. 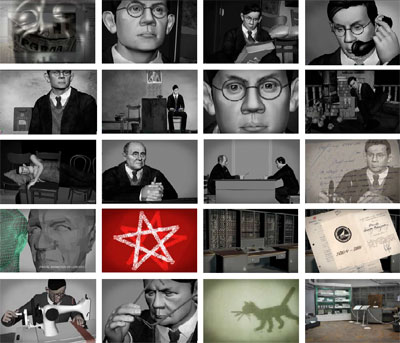 SORUCOM-2011 PROCEEDINGS: Second International Conference on the History of Computers and Informatics in the Soviet Union and Russian Federation
12–16 September, Veliky Novgorod, Russia
Edited by A. N. Tomilin