Viktor Petrovich Ivannikov is a corresponding member of the Academy of Sciences Russia, he is a prominent scientist in the field of computer engineering and programming. 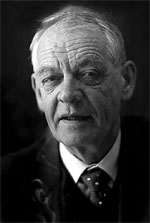 Viktor Ivannikov was born on the 27 th of February 1940 in small industrial town Stupino not far from Moscow . He graduated from the Moscow Institute of Physics and Technology (MIPT)[1] with specialisation in “Mathematical computation devices and appliances”, in 1963. After graduation Ivannikov worked at the famous Institute of Precise Mechanics and Computer Engineering (IPMaCE), which was headed by S.A. Lebedev. There he was one of the main specialists in the team which worked out operating system D-68 for world-famous computer BESM-6.

Working there V.P. Ivannikov was lucky to have L.N. Korolev[2] as his supervisor. Under Korolev's guidance he received very rich experience of system programming, what enabled him to found his own scientific school. He himself made notable contribution to development of operating systems. He created new operating means for organisation of parallel processing in solution of various problems and also in hierarchical organisation of programming complexes. He realised those new principles in the next modification of the operating system for BESM-6, which was named ND- 70. In 1971 he submitted a dissertation thesis based on that work and was awarded a “candidate of technical sciences” degree (PhD).

His next big project was connected with creation of very powerful multi-machine computation complex AS-6. V.P. Ivannikov was one of the main experts who were composing structure of the processing and organising that complex system in general. He himself also led the research and creation of operating system for non-homogenous local computer network based on AS- 6. In 1980 he was awarded a doctorate. Computation (and information) system AS-6 was actively used in real time systems at the space research and flight control centres. Awarding of the “USSR State Premium” became a testimonial of V.P. Ivannikov's work on software for AS-6

Ivannikov also made many researches and innovations on object oriented approach in programming. Thus he created new cluster technology of big programming complexes organisation. It was implemented during creation of operating systems of AS-6 computation complex and also complex of several super-computers.

In the 1980-s V.P. Ivannikov was working at the Institute of Cybernetic Problems of the USSR Academy of Sciences (AS USSR). There he supervised creation and implementation of the super computer automatic design and software development. In 1984 he was elected a corresponding member of the AS USSR.

From the day of the Academic Institute of System Programming establishing (it was on the 25 th of January 1994) V.P. Ivannikov is its director. He is the leader of a big scientific team doing researches and development of various operating systems, programming systems, also for parallel computations, information systems and data bases. A big work is also being conducted on development of computer graphics and visualisation system.

One of his particularly interesting projects was the system for automatic producing of formal specifications based on initial texts of programs and another system intended for generation of tests for wide spectrum of programming interfaces. Ivannikov and his team created some more efficient systems, such as a host system for inherited software studying. They also developed technologies for creation of an environment for inherited system objects and control technologies for groups of interrelated objects within framework of the object oriented solution approach. The institute works on development of methods and tools for software reliability and safety, methods of performance and reliability analysing of high-performance and distributed systems, including GRID. Formalisation of the basic standards of the open and telecommunication systems is one more subject of their practical interest.

V.P. Ivannikov also leads chairs of system programming at the Faculty of Computation Mathematics and Cybernetics at the Moscow State University and at the MIPT. He lectures on fundamentals of algorithms and algorithmic languages and on general problems of the information science.

Ivannikov personally formed and taught a big team of highly qualified scientists engaged in software development. He managed to preserve the atmosphere of creativity, friendliness and respect to all colleagues which had been created at the IPMaCE by S.A. Lebedev and his students, later prominent scientists, V.A. Melnikov, L.N. Korolev[3], A.A. Sokolov and many others. Ivannikov's permanent care of efficient post-graduation education for his specialists, engaged in software development projects of principal importance, was also high influence on positive development of his scientific group. His advice to graduates of the universities, “To work, where there are those who can teach and there is also what to learn”.

Ivannikov's personality as of a scientist is a unique mixture of romantic and pragmatic features. It is largely due to his, as well as his colleagues', activity that the Institute of System Programming (AS Russia) has won a good fame and respect of the international scientific society.

At present V.P. Ivannikov is also the editor in chief of the academic journal “Programming”. He is a member of the Department of Mathematical Sciences (AS Russia) board, where he heads commissions on programming and software distribution, organises contacts of Russian scientists with foreign research centres, teams and colleagues. V.P. Ivannikov heads the Centre for OS Linux verification, he is an active member of program committees of Russian and international conferences – Gelato, ForTIA, GO4IT. He is also a member of international scientific society ACM and heads the Russian branch of the IEEE Computer Society.

1. Moscow Institute of Physics and Technology (MIPT) was established on the Government's initiative in 1946, by prominent Soviet physicists, as an advanced educational and research institution which primarily concentrates its research and education efforts on atom and other fields of physics. MIPT quickly assumed a leading position in this field and became known internationally. Its graduates became academicians and leading specialists on nuclear researches and rocket science, oceanology, biophysics, radiophysics and other branches of the science. Alongside with the Moscow and Novosibirsk State Universities MIPT is the highest influence and authority in Russia in the field of physical sciences and education.